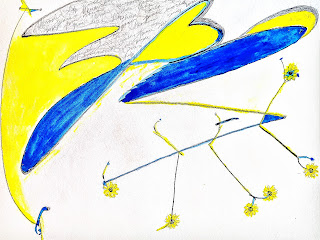 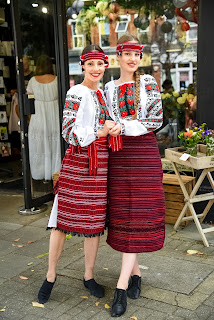 Mother & Daughter Kseniia & Polina
We shall embark on 2023 with hope and optimism for balance and world peace. Our feature this month is a most special and remarkable one in that we highlight a Ukrainian mother- daughter duo who have withstood extreme challenges, and have bravely carved out and embraced new lives here in London.
We welcome the beautiful pair, Kseniia Kurinna and her daughter Polina, to share their histories and tales with us here, and we are very grateful that their paths crossed so poignantly and powerfully with Ballet4Life.
(Original text written in Ukrainian, kindly translated by Polina, with a few tweaks from yours truly.) 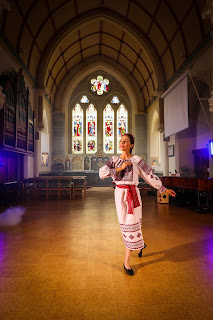 When did you start dancing? 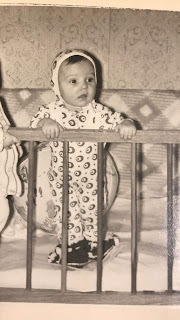 Kseniia as a little girl and she says: My "class near the Barre- look at my feet!"

When I was 4, I told my mother that I wanted to be a ballerina. So she took me to a ballet class, but they didn’t accept me because of my age; they accepted children who are already 5 and more.

I burst into tears and was waiting another year to start the ballet at 5 years. From the age of  5 until 20 years I regularly danced. It was my life. 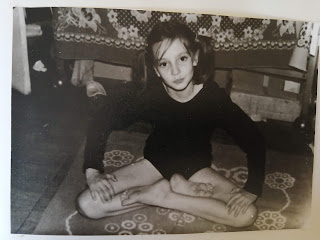 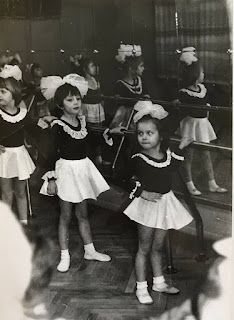 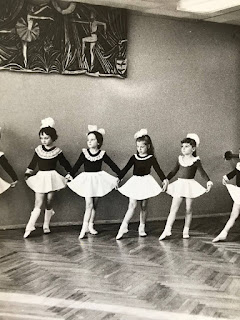 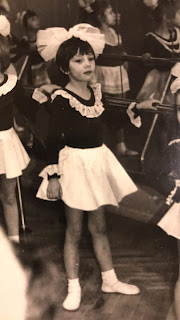 In classes at age 6
I didn’t miss a single class which was scheduled. Once, when I was 7 I forgot to do my school homework and my mother punished me, she didn’t allow me to attend the ballet class. I was really upset. I always knew that my life would be connected with dancing.Thanks to my ballet school in Kyiv I had a lot of performances on the best stages of Ukraine, I’ve traveled around the world with tours (for the girl who was born in Soviet Union, a closed country, it was unbelievable!). 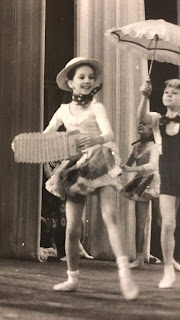 Dancing at the Odessa Theatre

The ballet stage was for me an inspiration and I couldn’t even imagine myself in another profession. 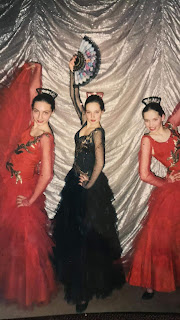 Therefore, after finishing school, I entered the Kyiv University of Culture and Arts to become a choreographer and ballet teacher.

When I was 20, I met my future husband, fell madly in love, and then everything went awry….

He didn’t want to share me with my dreams, dances, friends, and I was too blinded by love so I did everything he asked me.

After my first daughter, Kateryna’s birth, I left my dance professional career.

Soon I gave the birth to my second daughter, Polina. When Polina was 2 ½  years old and Kateryna was 4 ½ years old, I took them to ballet school as I believed that dancing is simply necessary for development for every girl. 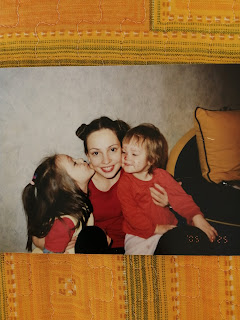 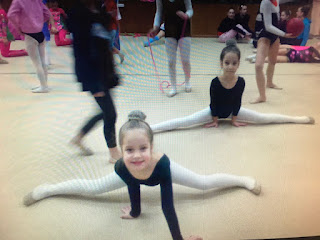 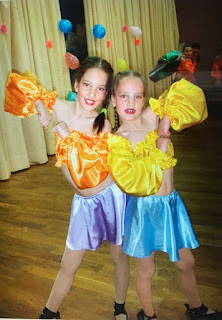 Later on my girls began to do gymnastics, then again dancing. Polina even staged some dances for school performances, but it was modern: hip-hop, pop etc.

When Polina turned 10 she was only engaged in acting. Around the age of 16, she understood that she wants to do ballet, but for professional career it was too late to start, and it remained only in her dreams. Later at university, she became a member of cheer leading team. 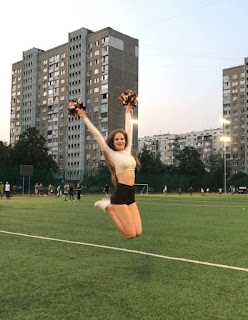 Polina as a Cheerleader

What makes dancing so special to you?

When the children where small, I spent my whole time with them, then when they grew up a little and were sent to kindergarten, I began to feel

emptiness inside of me, as if I had missed something important.

Here I realised, that all my dreams and plans regarding my ballet career were completely lost.

At that time, I thought that after the break of several years I would not be able to regain my ballet form, I lost contact with my ballet friends and it was mentally difficult for me to return to the dance environment.

So I started working in cosmetic and perfume company. All this time I felt I was not living my life. Despite the fact that I started an acting career after 35 years (which is an art form as well) anyway, I was not satisfied with my life.

Kseniia says: "When I conducted training for a cosmetics company, I did not forget about Ballet."

When did you start with Ballet4Life?

When Russia attacked Ukraine and started a war, me and Polina were forced to leave our home in Kyiv. For more than one month we were looking for shelter in Europe and finally we found ourselves in England.

We were absolutely exhausted by these journeys and had no idea what we had to do to survive in a foreign country, and we had no confidence in a future.

Somewhere on the 10th day of our stay in London, we got to a meeting with volunteers who helped Ukrainians to adapt in UK.

A few days later, an organizer of the meeting sent me a message asking if I am a choreographer (by my appearance people always guessed I was a dancer). I answered “yes”, so this lady offered me to attend the ballet school in which she works. It was the amazing Alina Luts- a teacher at B4L. I texted her that I haven’t been doing ballet long time and yoga is enough for me now.

After 5 minutes something inside told me that I was doing something wrong, and I realized that life gives me a second chance. I opened WhatsApp, saw that Alina had not yet read my refusal, and after deleting this message, wrote to her that I would like to join B4L. And of course, remembering Polina's dream, I also asked for her. Fortunately for us, we were invited by Donna, the Founder & Director, to practice together for free. 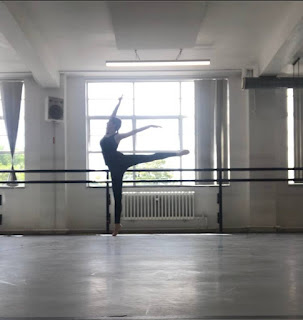 Polina in a Ballet4Life class 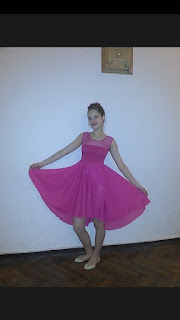 I was really worried before the first class but as it turned out that my body remembers everything.

I was so overwhelmed and full of emotions so that I even forgot my scarf in a dance hall after the class. 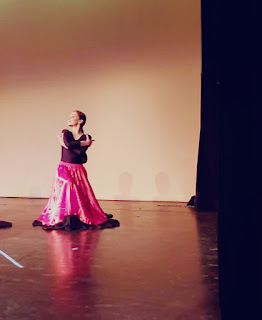 Performing with Ballet4life at the annual fundraiser for charity Move into Wellbeing, Watermans Theatre May 2022 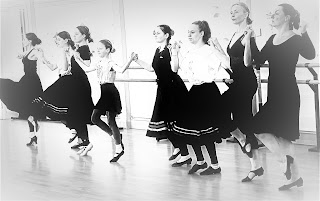 In a Ballet4Life studio rehearsal with the group with Alina, for May performance

What make B4L so special for you?

The school has teachers who can find an approach to everyone. Thanks to Ballet4Life, I'm back on stage, not alone, but with my daughter. 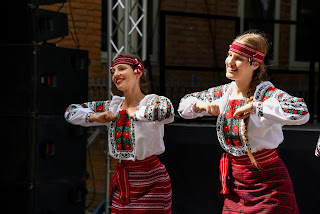 There are lessons for every level. Friendly atmosphere. Furthermore, incredible director Donna, who inspires everyone with her actions and makes the lives of people around her better.

What do your ballet classes do for you?

During lessons at B4L, I forget about all the troubles that surround me, my body is hardened, and my soul rests. Polina finally realized her ballet dream. For her it’s kind of meditation too. Ballet clears her mind and also develops her body and opens her possibilities in a new direction. 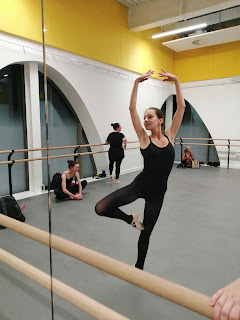 Do you have a favourite B4L classes?

Thanks to Donna, we were able to attend class which are taught by all teachers. Each class has its own unique style. Nowadays, I do Johanna and Beatrice’s classes. Polina does Johanna’s and Chris’ classes, and sometimes classes with Mark. And of course, together we have dancing practice and performances with Alina in her folk dance company.

Do you have a favourite part of class ballet step you love?

Do you have any tips for someone wishing to start dance training as an adult?

So don't be afraid and dive into this wonderful world of dancing, with Ballet4life, it's easy! 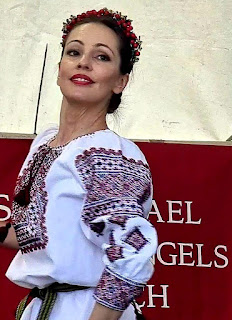 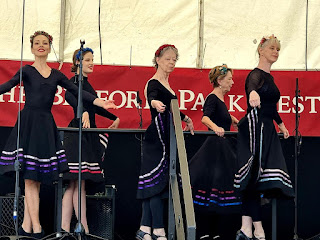 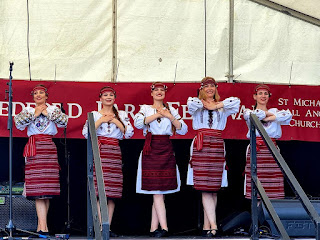 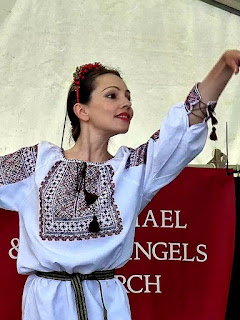 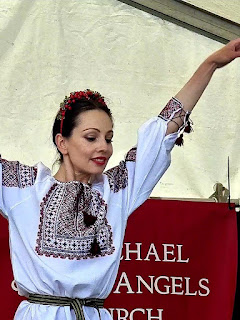 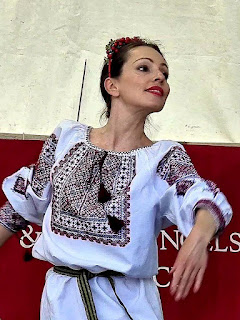 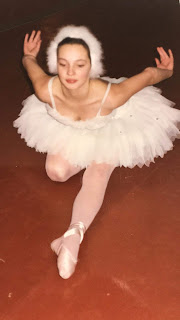 Kseniia performing "The Dying Swan"
What an inspiring way to start off 2023!!!

All images of Kseniia and Polina are their property. Any other images are property and copyright Ballet4Life. No images are to be reproduced without prior permission.

Popular posts from this blog

October 09, 2022
Ballet4Lifer-of-the-month for October is finally ready to relevé!!! We welcome rising Dancer Rani Singh. Rani shares her very interesting tales of adventure, life experiences, and her joy of life and movement with us. Rani performing with the Katy Anne Robinson School of Dance a while back When did you start dancing? My parents had a Punjabi dance teacher visit our house in Acton and teach a group of us young children each Saturday. Sometimes we rehearsed in the garden. A lot of traditional Punjabi dances are about farmers and farming, so when performing in public, we would wear traditional Punjabi farmer-style light turbans, shiny black decorative waistcoats and baggy cotton trousers. We would paint black moustaches on with make- up. In one dance I mimed holding the reins, driving a bullock cart with two of my friends mimicking bullocks, their hands sticking out either side of their heads.   Rani with he r pa rents at an event at EMI. She shared with us  " My father Harbans Sin
Post a Comment
Read more
November 03, 2022
Now is the time for the Ballet4Lifer-of-the Month of November reveal! The nights are drawing in, the leaves are falling down as we shift into this new darker and chillier month. We welcome Ballerina back-in -action , Katharine Vile to the stage. We are greatly moved by her touching and candid words. All of this is going on to further support and to propagate the power of dance and dancing together. It has been a joy having her in our classes and seeing and supporting her dance re-discoveries and strengths. Here's to many more classes and performances! Thank you, Katharine.  Weather Vane Dance at Primary School  When did you start dancing?   When I was 2.   I have a vivid memory of sitting on the floor in a hall, next to my mother, doing “good toes, naughty toes”!   (I think this must have been my very first class if my mother was sitting next to me).   Village May Fair What makes dancing so special to you?   Oh my goodness, where to begin?! I had knee problems in my te
Post a Comment
Read more